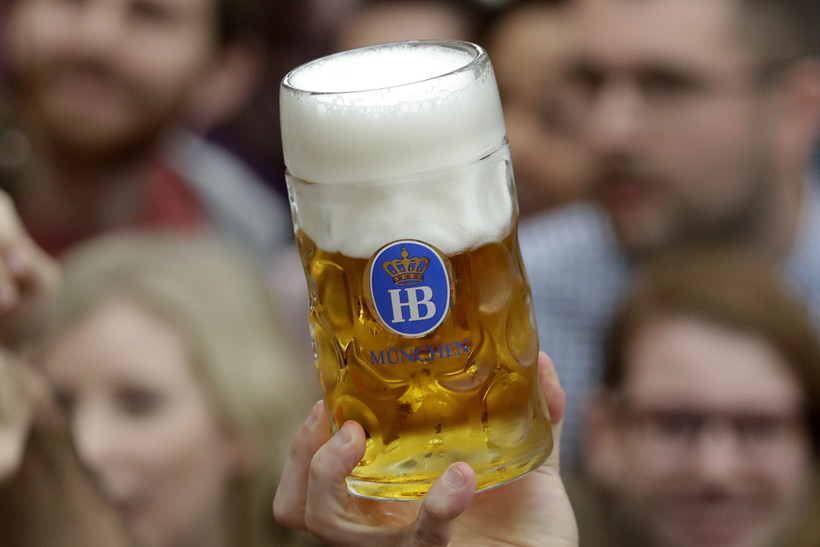 4 Oktoberfest Beers To Try This Fall

The crisp fall weather marks a shift in beer aisles across the country — the fresh, juicy beers of summer have been replaced by the fall's reigning beer style, Oktoberfest.

The warm, nutty and slightly sweet notes with an amber hue that signal an Oktoberfest beer have a long history, though they look and taste somewhat different at the festival in Germany today, said Kyle Nabilcy, food and beer writer at Isthmus.

"You'll typically see the fest's beer style as the lighter, golden yellow in Germany, and then in the United States, you know, we do everything bigger, it's a heavier body ... the older style that’s a little deeper, richer, toastier," he said.

The festival switched to the lighter style because it takes place in the warmer weather of late September, and they’re easy drinking, which means festivalgoers will have more, he said.

For his part, Nabilcy prefers the richer, more traditional style of an Oktoberfest beer from the Midwest, where many German immigrants settled.

Here are four of his picks suited for a range of fall beer palates.

A German Oktoberfest, this beer tastes more like a pilsner than traditional Oktoberfest beers, Nabilcy said. Deep gold in color, it is a full-bodied, hoppy lager.

"The fact that it's kind of a summary beer still is more or less appropriate, but the clean crisp finish, that's what you want if you're going to drink a couple of them frankly," he said.

A warm and nutty beer with a touch of spice, Staghorn is celebrated for its smooth amber flavor and clean and crisp finish.

"Dan Carey, the head brewer at New Glarus, has a lot of history brewing in Germany, so it doesn't shock me at all that a beer that resembles an older more traditional style of German Oktoberfest beer ... that he would do it well," he said.

Brewed in Chicago, Afterburner is a traditional Oktoberfest beer with a malty sweetness and dry, lager finish. Nabilcy recommends not drinking this beer straight out of the fridge to let the flavors develop a bit.

"You don't want to drink fridge temperature if you want to actually taste all of the flavors that the brewers put into them," he said.

If you’re not a fan of Oktoberfest style beers, Nabilcy suggests Central Waters Coffee Stout. You’ll still get the warm, flavorful notes a cooler weather beer offers, but instead of serving nuts and spice, you’ll taste cream and coffee.

"It's a really nice price point, on top of being a really good beer from a brewery that knows what they're doing," Nabilcy said.