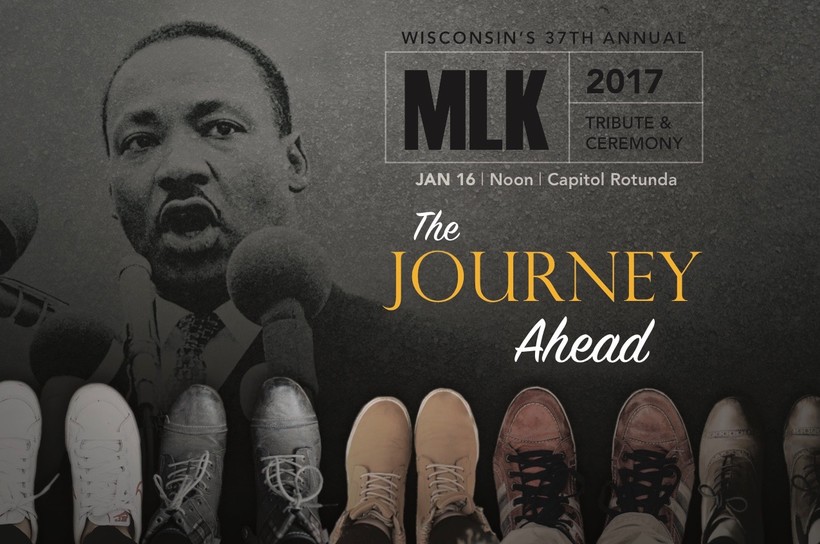 This event was produced, directed and hosted by Wisconsin Public Radio’s Dr. Jonathan L. Overby, with a call for peace, unity and the celebration of Wisconsin’s culturally diversity population, the program themed, “The Journey Ahead”. It featured music by the Kenosha Tremper High School Wind Ensemble, gospel music by Kingdom Records recording artists, The Brown Sisters of Chicago and, guest speaker Dr. Valerie Daniels-Carter whom Essence Magazine named one of the 50 most admired African-Americans in the U.S.

Daniels-Carter, Evangelist, author and entrepreneur, started her career with one Burger King franchise in Milwaukee. Fully embodying her philosophy, "You Are The Standard of Excellence - 'YATSE,'" her company is the largest woman-owned and African-American-owned multi-brand food service operator in the U.S. with more than 140 restaurants throughout the Midwest. Serving on numerous corporate and non-profit boards, Daniels-Carter is the first African-American woman to be elected to an NFL team board of directors, the Green Bay Packers. She is also part-owner of the Milwaukee Bucks. Her best-selling book, "Your Business Is His Business," combines the "YATSE" philosophy with business teachings, faith and philanthropy.

This annual commemoration has the distinguished honor of being the oldest official state commemoration for Dr. King in the U.S.  This proud event occurs in the seat of our State government while serving as a powerful and symbolic statement to many around the world.