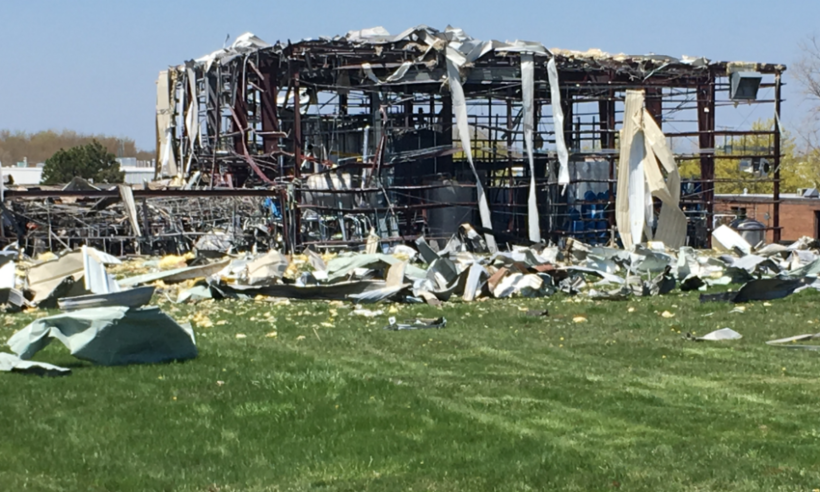 The three men identified as dead from an explosion at a Waukegan, Illinois silicon factory on Friday night are all Wisconsin residents.

Jeff Cummings, 57, of Kenosha, and Byron H. Biehn, 53, of Brighton Township, were identified as victims of the blast at AB Specialty Silicones, LLC by Lake County coroner Howard Cooper on Tuesday. Allen Stevens, 29, from Salem, was previously identified by authorities.

A fourth person remains unaccounted for and is presumed dead, as of Tuesday.

"This is truly an awful tragedy of epic proportion," Cooper said in a statement.

He hasn't released the autopsy report for Cummings and Biehn as the toxicology results are pending.

"What they did say is that those four individuals who were unaccounted for were very heroic," Cunningham said.

He said he was told the people who died sensed something was wrong and worked to evacuate the rest of the nine-person crew prior to the blast.

A memorial fund for Jeff Cummings on GoFundMe describes Cummings as a generous, "gentle soul" as well as "an amazing husband, father and papa" and "an exceptional brother, uncle, son and friend."

Allen Stevens’ GoFundMe memorial fund describes him as "a man who was loved so much by so many" as well as "an exceptional friend" and "exceptional husband, son, brother, uncle, nephew and cousin."

"For the families of the victims, we cannot imagine what they're going through right now," said Cunningham. "We can only be there for them as a support system."

The mayor said the entire City Council sends its condolences and that they held a silent prayer during Monday night's meeting. He also said Waukegan staff will connect the families to resources in the city and community.

Mac Penman, AB Specialty Silicones’ general manager, issued a statement on the blast, saying: "We are shocked and heartbroken by the tragedy that occurred in our plant on May 3rd. We are trying our best to support all of the members of our AB family as we attempt to process this terrible loss together."

People as far north as Bristol, Wisconsin and as far south as Evanston, Illinois heard the explosion. Cunningham said that in the moments immediately after, some people thought it was either an airplane crash or a terrorist attack.

"This was just catastrophic for the northern part of the state of Illinois, but more importantly for our small to big town of Waukegan, Illinois," said Cunningham. "This is something that we hope and pray we’ll never have to encounter again."

The Lake County Coroner’s Office, the Waukegan police and fire departments and the Illinois State Fire Marshal are working together to investigate what caused the blast.

Cunningham said that the Federal Chemical Safety Board will soon conduct an investigation as well.