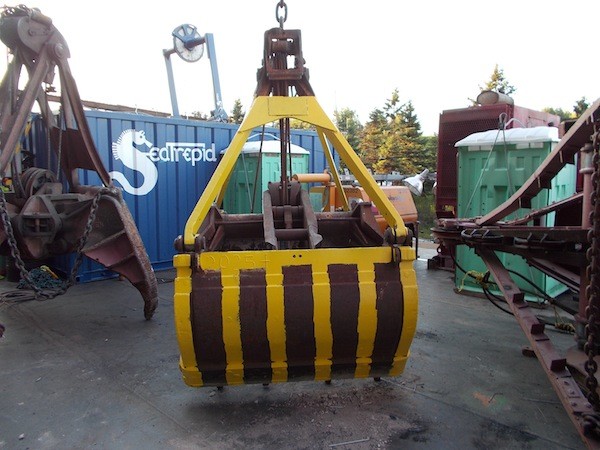 22 Of Lake Superior’s ‘Mystery Barrels' Have Been Disposed But What About The Rest?

The explosive contents of 22 U.S. Department of Defense “mystery barrels” dumped into Lake Superior during the Cold War have been recovered and disposed.

The Red Cliff Band of Lake Superior Ojibwe has been working for more than a decade to remove some of the 1,400-plus munitions barrels from Lake Superior’s bottom. Using grants from the Department of Defense’s clean-up fund, Red Cliff officials has pinpointed that most of those drums dumped a few miles northeast of Duluth.

In August 2012, an expert recovery team pulled up 25 barrels. Three of the barrels had melted munitions parts, but the other 22 each contained up to 700 ejection cups used in cluster bombs -- about 15,000 small explosive devices.

They weren’t prepared to recover explosives, so they put the contents in six 85-gallon lined barrels and returned them to the lake. Last September, with permits from federal and state agencies, they pulled the six barrels up, took them to a secure dock in Duluth and transported them to a disposal facility in Sauget, Ill.

Red Cliff officials had the contents of the 25 barrels raised examined for human and environmental health risks and they’re reviewing draft reports. After that, they’ll decide if some or all of the rest of the 1,400 half-century-old barrels should be removed or tested. Plans will be finalized by August.

The dump area is in the ceded territory of Lake Superior tribes, giving them the right -- and, the tribes say, duty -- to protect that sacred area.