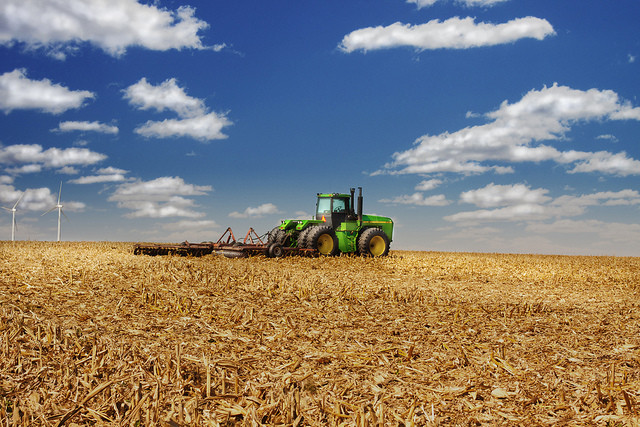 2015 Could Be Record Year For Wisconsin Corn Growers

2015 could be a record-breaking year for Wisconsin corn production — and as a result, it could also be a good year for other state industries as well.

According to the U.S. Department of Agriculture, Wisconsin's corn crop is on track to break its all-time record for overall yield, with production up 3 percent from last year.

"It's been an excellent summer for growing the crop," said Bob Oleson, the executive director of the Wisconsin Crown Growers Association. "So far, it's been a good fall for harvesting."

The success of this year's crop is significant for Wisconsin's dairy producers: Half of the state's corn crop is turned into feed for livestock, a substantial portion of which stays within Wisconsin's borders.

"Typically in Wisconsin, the dairy farmer produces his own corn, or his neighbor produces the corn," said Oleson.

Oleson said not having to import feed is a boon for the state's dairy industry, which is second only to California — a state that imports most of its feed.

Current numbers indicate that 2015 is shaping up to be a good year for Wisconsin dairy production: According to the USDA, milk production in the state is up 5 percent from last year.