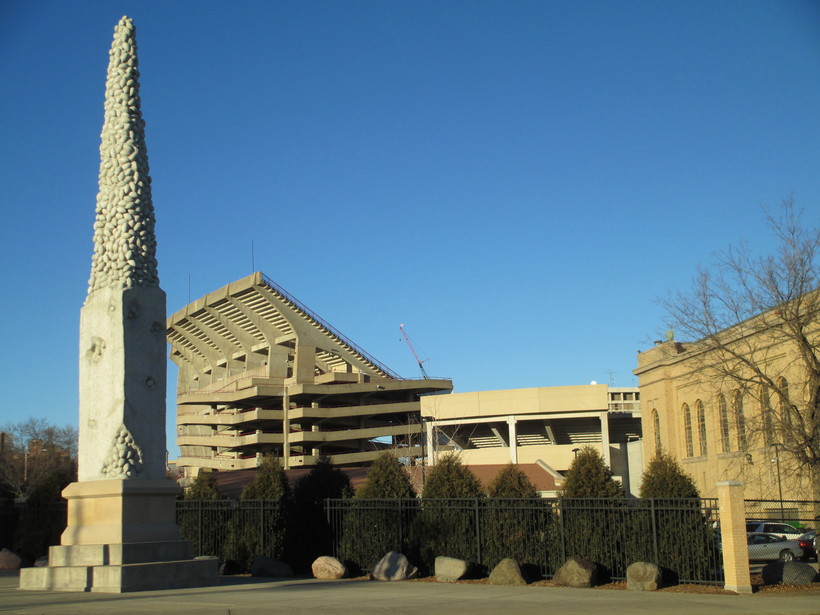 On what should have been marked as a red-letter day in University of Wisconsin Badgers' history is instead still remembered as a day marred by tragedy and sadness.

On Oct. 30, 1993, the Badgers football team defeated their arch-rivals, the University of Michigan Wolverines, to score a spot as possible Rose Bowl contenders for that year. However, in their revelry, thousands of students stormed the field at Camp Randall Stadium in Madison, crushing fans against the front-row railings along the way.

Twenty years later, UW-Madison Police Chief Susan Riseling said the lessons that she learned that day helped shape the way she led police response to the 2011 protests at the state Capitol.

“It was a major kind of moment in my life and my career,” Riseling said of the Camp Randall incident. “What I’ve learned is that crowds can be going in one direction and … can turn on you, quite literally, in a matter of seconds and minutes.”

In the wake of the 1993 stampede, Riseling said the UW police, as well as police agencies across the country, switched over to the same incident command system already in use by fire services.

“That’s what made it somewhat easy to modularly build the Capitol protest response,” Riseling said.

With a common response system on hand, every law enforcement agency overseeing the 2011 protests readily adapted to each other under the Capitol dome, despite coming from vastly different agencies and jurisdictions.

Despite this uncertainty, Riseling said she remained grounded by drawing from the most profound lesson that she learned at Camp Randall all those years ago.

“You’ve got to stay on top of what’s going on, the mood of the crowd, the desire and will of the crowd, so that nobody gets hurt,” she said.