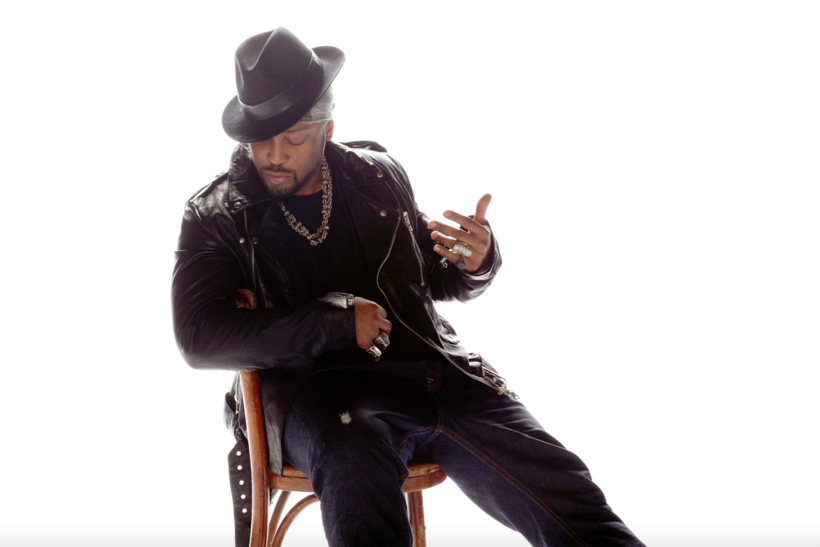 In late January of 2000, Michael Eugene Archer — better known to the world as R&B singer D’Angelo — released his highly anticipated sophomore album "Voodoo." It had been five years since his debut effort "Brown Sugar" had been welcomed by critics and fans alike.

While "Brown Sugar" had produced its fair share of singles that found their way into consistent radio play, "Voodoo" was constructed as a concept and throwback R&B record. In fact, its most transcendent moment from pop culture was a music video that contemporaneously eclipsed the album’s brilliance.

Twenty years later, "Voodoo" stands as an epoch in music and pop history. Filmmaker and writer Faith A. Pennick has penned the 33 1/3 series book on D’Angelo’s masterpiece called, "D’Angelo’s Voodoo."

She writes that "Voodoo" was "a gumbo of rock, soul, gospel, hip-hop, jazz, and indigenous African and Caribbean music, exploring the pitfalls of fame, love found and lost, carnal desires, and the blessing of a child."

Pennick tells WPR’s "BETA" that as someone who was pretty agnostic to "Brown Sugar," "Voodoo" cast its spell on her immediately.

"I just felt it in my bones, and I was mesmerized pretty much from the second I pressed play," she said.

Pennick said she, "listened to the whole album and just stood there and stared at my stereo and I just was like, 'This is the guy that did Brown Sugar?'"

Born in Richmond, Virginia to a Baptist minister, D’Angelo forged his musical beginnings singing and playing instruments in church. Forbidden to listen to secular music in their home, D’Angelo’s older brother Luther would sneak Prince albums into the house. Quickly becoming a devotee of Prince and other R&B and funk giants, D’Angelo would blend this mix of gospel and secular music beautifully on "Voodoo."

"Gospel is in every note that he plays and particularly when you listen to him sing," Pennick said. "D'Angelo never walked away from that. And I think in a way, 'Voodoo' was him walking more toward it and really embracing it. You can't take gospel away. It's just as important as funk, as R&B and as rock is."

The seeds of "Voodoo" were born during D’Angelo’s "Brown Sugar" sessions when he met engineer and producer Russell Elevado. Pennick describes their introduction as an event "that would end up shaking the foundation of R&B music for years to come."

Elevado and D’Angelo were a musical soul connection, literally. They shared a passion for classic R&B and a desire to recreate it. Elevado convinced D’Angelo to record the album on analog tapes. In an era of digital samples and synth recreations, "Voodoo" had a "sheen of authenticity" with all the recording imperfections that add flavor to an analog recording preserved on the final cut, Pennick said.

"When they started talking about 'Voodoo' and D'Angelo sharing with him that he wanted it to be more raw and more dirtier and Elevado got into that," said Pennick. "I think he understood what he needed to do as an engineer to help him get there."

The rawer sound and improvisational conceit was benefited and boosted by another significant and history-altering collaboration. D’Angelo put together a Who’s Who of musicians for the record and tapped Ahmir Thompson, aka Questlove of The Roots, to drum on it.

"With D'Angelo and Questlove, you have two eclectic, iconoclastic musicians, both talented in their own right, really coming together and just saying, 'You know what? Let's throw stuff against a wall and see what happens.' A lot of this album came out of just them jamming and messing around," said Pennick.

A perfect encapsulation of this loose, jam-session style was the track, "Chicken Grease."

"Even though it has that P-Funk feel and was sort of a tribute to 'Flashlight,' it actually came out of them jamming to a Curtis Mayfield song called 'Mother’s Son,'" said Pennick.

D’Angelo’s position on hyper-masculinity within the rap and hip-hop community was an outlier at the time. With the exception of the track, "Left and Right," "Voodoo" embraces femininity. The album is strongly influenced by his former partner and mother of his child, Angie Stone and his partner at the time, singer Gina Figueroa.

Perhaps no other song captured this willing vulnerability better than "Untitled (How Does It Feel)." But, it would be the music video for the song that would turn heads. The slow pan from D’Angelo singing soulfully to the camera left little to the imagination and made D’Angelo’s abs a piece of American pop history.

Pennick simply refers to the video as "THE video" writing, "'Untitled (How Does It Feel)' became a cultural sensation, especially among African American women. 'The Video' (as it came to be known among black folks) was a tsunami of lubricious imagery and metaphorical longing that literally left many a woman speechless."

D’Angelo’s status as a sex symbol in the wake of the video’s heavy rotation on MTV overshadowed the craftsmanship of "Voodoo" and created an image D’Angelo never wanted to live up to.

"He really got angry because first and foremost, he is an artist, he's a musician, he is a singer, he's a songwriter. He's a producer. And no one was talking about that. Everyone was talking about his abs, you know, and his cornrows and how sexy he was," said Pennick. "I think that broke him on a certain level. And I think he lost his way."

The misinterpreted reception to the record ignited a downward spiral for D’Angelo and triggered a self-imposed exile from music. He wouldn’t resurface with another album until 2014’s "Black Messiah."

It also likely delayed the appreciation for "Voodoo" which Pennick argues is a landmark album that today’s artists use as inspiration.

"I think younger artists look back to him the way he looked back to Sly Stone and Al Green and Marvin Gaye and Curtis Mayfield and Prince as the people for him to look up to. I think he is now that gold standard for younger generations," she said.