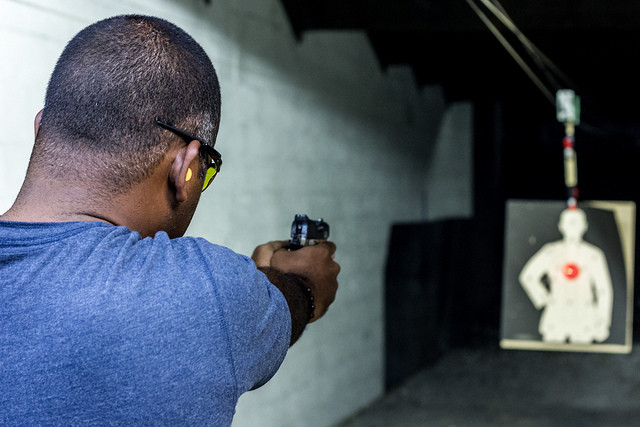 The controversy over how to stop mass shootings in the U.S. remains as heated as it ever was — and in Wisconsin, thanks to legislation introduced by GOP lawmakers on Monday, the debate's focus has shifted to college campuses.

The new bill would repeal an exemption allowing universities and colleges, such as those in the UW System, to ban guns in campus buildings. In response, Democrats have proposed another bill that would expressly ban concealed carry on campuses.

Ruth Conniff, editor of the The Progressive magazine, said that as a parent of a high school freshman, she wouldn't want to send her daughter to a college where other students might be carrying weapons.

Furthermore, she said, more should be done to reduce the availability of guns and opportunities to carry them.

Conniff pointed to warnings by the UW-Madison Police Department that allowing weapons in campus buildings, such as at Camp Randall during a Badger game, could increase the danger to students.

"The university police do not want to be going into bars on campus and dealing with drunken college students who are carrying concealed guns," she said.

But Rick Esenberg, president of the Wisconsin Institute for Law & Liberty, said he didn't see evidence of greater danger.

"(Science) is really unanimous in showing that concealed carry doesn't lead to any increase in gun crime," he said. "The debate is really over whether it reduces gun crime."

However, Esenberg did express doubt that more guns would be a silver bullet in ending mass shootings. Looking at events like those at Sandy Hook Elementary School in Connecticut or Umquah Community College in Oregon, he said no politically feasible law — including mandatory background checks — would have made a difference.

"Nothing really short of confiscation would have prevented those things," he said. "In a country where you have 200 to 300 million guns, you're not going to get to a situation where nobody but the law enforcement authorities have guns."

Conniff, however, said the risk was too great to expand where people could bring guns, especially where schools were concerned, and it was wrong to argue that there was no solution.

"We're running a giant national experiment on this," she said. "There are countries in this world where people are not routinely killed in kindergarten classrooms."

Esenberg did say that he wasn't sure college campuses were places where there was a strong need for people to be armed. He also suggested that campus authorities, as opposed to the Legislature, might be better positioned to decide on concealed carry policies for universities.

"I don't think you have to pass a bill about everything," he said.