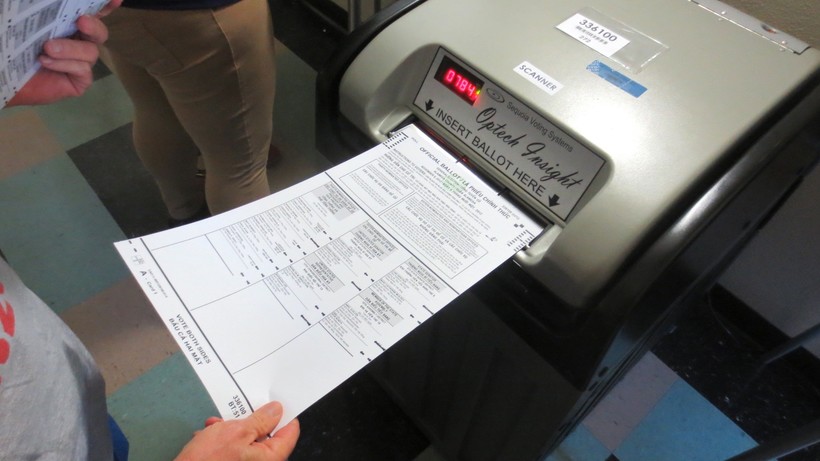 Margaret Engebretson and Brian Ewert were the only announced candidates to file enough signatures to make it on the ballot, according to the Wisconsin Elections Commission. They will compete to take on four-term Republican U.S. Rep. Sean Duffy.

"I have a history of fighting for what I believe is right. I've worked most my life in male-dominated fields, and I had to fight for a place for myself to be heard," Engebretson said. "As an attorney I focus most of my legal work as a guardian ad litem, which is an attorney that advocates for the best interests of children and vulnerable adults."

Ewert is a physician and a former CEO of the Marshfield Clinic. He said he decided to run when Duffy voted to repeal the Affordable Care Act.

"What fired me up was that the bill Rep. Duffy voted for last summer would have hurt the very people who I spend my day taking care of, and that's really what motivated me," Ewert said. "Universal, affordable health care is a right that all Americans are entitled to."

Ewert favors a public option so people can get Medicare-style coverage in the ACA exchange. Engebretson favors a single-payer health care system that would take the responsibility for insurance away from businesses.

Ewert also said Duffy has not met the district’s needs for rural broadband and infrastructure spending.

Several Democrats who announced their candidacies either dropped out of the race or didn’t turn in enough signatures to qualify for the primary ballot.

Bob Look, a former broadcaster and advocate for gun safety legislation, said on his Facebook page that he would mount a write-in campaign.

Kyle Frenette, manager of Bon Iver, dropped out of the race because of what he called "unforeseen circumstances."

Ken Driessen, of Hayward, an independent candidate, turned in enough signatures to appear on the November general election ballot.

Mark Bednar, campaign spokesman for Duffy, predicted in a written response that Engebretson and Ewert would have a "raucous primary."

"Margaret Engebretson is too progressive and Brian Ewert is simply out of touch for the people of central, northern, and western Wisconsin," Bednar said. "Meanwhile, Congressman Sean Duffy is going to continue to fight to strengthen middle-class Wisconsin families with tax reform, new job opportunities, real wage growth and reducing Washington red tape to ensure our workers can thrive in today's economy."