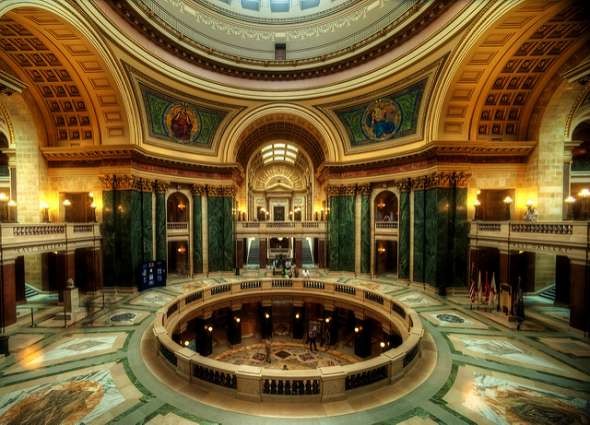 Special Election To Fill Vacant Senate Seat To Be Held Next Week
By John Davis
Share:

Hudson, River Falls and New Richmond in St. Croix and Pierce counties are considered part of the Twin Cities Metro area, meaning access to higher paying jobs is readily available if you're willing to drive further to work. But in the largely rural counties that make up the 10th District — St. Croix, Pierce, Polk, Burnett and Dunn counties — unemployment and wages are low.

Given that set of employment circumstances, many voters are questioning who is the best candidate for the local economy in a special election next week. The winner of the race will replace longtime and former GOP state Sen. Sheila Harsdorf, who left the Legislature for a job in Gov. Scott Walker's cabinet late last year.

One of the concerns district constituents have is creating a new state minimum wage or establishing a living wage Wisconsin employers would be required to offer. Some constituents claim people are working multiple jobs to keep food on the table and a roof over their head.

Jarchow claims wages are on the rise in the district and non stagnant.

"Certainly, there are some communities where we have difficult issues," he said. "But if you look across the entirety of the 10th, particularly in St. Croix County and southern Polk County, jobs and businesses are booming there. The thing that you hear the most from employers is that they can't find enough workers."

Jarchow said he doesn't favor the government raising the minimum wage or a livable wage. Neither does Correia.

But Correia says Republicans in charge of the governor's office and Legislature since 2010 haven't helped Wisconsin's economy at all.

"The best thing the government can do to increase wages and to raise the standard of living of the employees here in Senate District 10 and across the state is to create a climate where businesses are attracted to us not because we are handing out sweetheart deals and doing economic development projects, but because we have a consistent low tax rate," Correia said. "The only way we can do that is by shrinking the size of government, of course."

Schachtner said there is a limited role of government in helping set wages in the state, but she favors businesses taking the lead in the discussion.

"Wages are important. And if our district wants to be competitive to a very vibrant, competitive workplace, which is in the Twin Cities area, our employers really need to look at what it is that they're going to do and what their choices are to entice employees to stay on this side of the river," she said.

Jarchow has been a member of the state Assembly since 2014, Schachtner is the St. Croix County medical examiner, and Correia is an insurance adjuster.