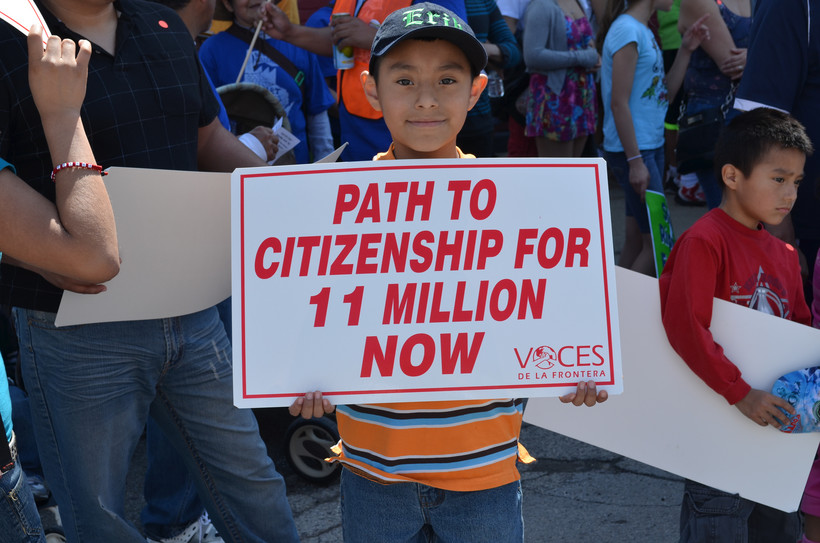 10K March In Milwaukee In Name Of Immigration Reform

One of the goals of the march was to show support for a bill pending in the U.S. Senate that would create a path to citizenship for about 11 million undocumented people that live in the United States. Milwaukee high school student Jasmine Vasquez says it's time to help those people become U.S. citizens.

'Because I think that everyone is the same and everyone should receive equal rights because we're all human."

Another high school student, Javier Sanchez, says he thinks the growing number of Latino voters is getting Congress's attention.

"As you can see there's been quite a big difference in the Latino vote. It's been quite an increase. I think that not only the president, but a whole part of the Congress has taken this into consideration."

Congresswoman Gwen Moore (D-Milwaukee) later told the marchers to stay active, so quote "their fingerprints and footprints would be all over the immigration bill."