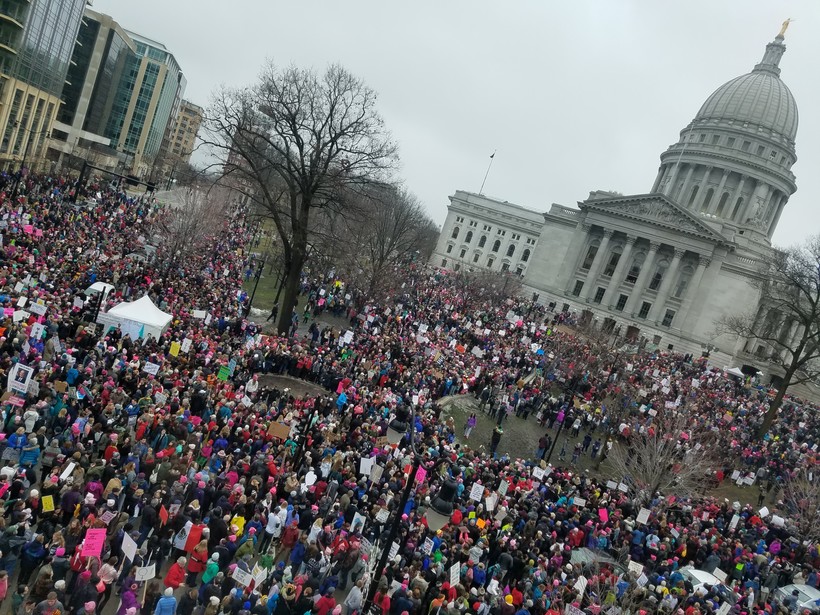 One year after what was in all likelihood the largest one-day demonstration in United States history, people will again gather for women's marches across the nation and state.

The Women's March in Madison last year gathered an estimated 75,000 to 100,000 people to protest the inauguration of President Donald Trump.

This year organizers are calling the events "Days of Action." Events will include rallies, marches, and gatherings with speakers.

So far, events are planned in Milwaukee, Green Bay, and Eau Claire for Saturday.

Milwaukee’s Day of Action, said event coordinator Samantha Hana Hentzen, is anticipating around 4,000 people. Sen. Lena Taylor, D-Milwaukee, will speak at the event along with others.

Hentzen said this year's events aren't about getting lots of people to march like last year; they are about making an impact. After last year’s event, she said there were concerns that the Women’s March wasn’t inclusive enough.

"Our focus was more so on centering and uplifting women of color and women from marginalized backgrounds and communities, and giving them a platform to have their work be shown, and to connect them with volunteers and with fundraising opportunities," she said.

Hentzen said it was important that this year’s Women’s March Wisconsin had diverse leadership and highlighted women of color.

"We use this as a platform for women of color who have been doing the work and just not getting recognition for that," she said.

There will be Women’s March events across the country this weekend, and a Power To The Polls event in Las Vegas, Nevada on Sunday.

"We’re in another civil rights movement right now, and you should think like, I want to be on the right side of history, be a part of making that history, and come out and celebrate what you can do with your voice," Kilmurray said.

The event was organized in less than a month because the Wisconsin chapter of the Women’s March was just formed this past November, she said. The organization chose to not hold an event in Madison because this year's focus is on women and people of color.

"Milwaukee is the most segregated city in our state, and one of the most in the country," she said. "So we really wanted to bring it there and celebrate in that city where we're in the community of the people who need us there most."