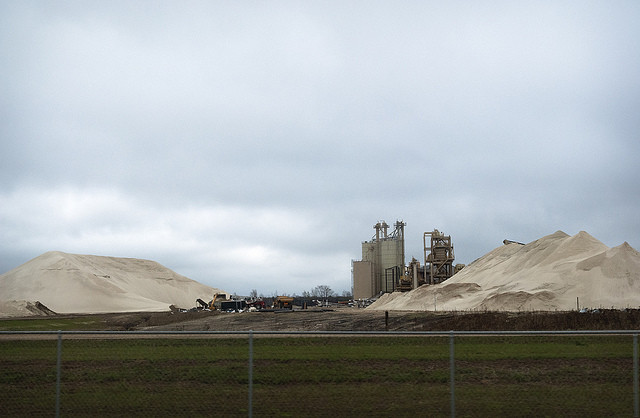 One in five frac sand mining facilities in Wisconsin were cited for environmental violations last year.

The Wisconsin Center for Investigative Journalism recently found that one fifth of Wisconsin's 70 active frac sand mines and processing plants were cited for air pollution and building without proper permits. But the Wisconsin Industrial Sand Association, a frac sand lobby, says the number of violations is not unusual. WISA President Rich Budinger says if anything, it proves that current regulations are working.

"This is a regulated industry and the fact that there are mines and operations that are getting citations and having issues right now is proof of that, that there is regulation."

Budinger says many of the violations likely involve companies that are new to the frac sand mining business and are unfamiliar with all the complex storm water, runoff and air pollution regulations. But some of the violations, particularly two that have been referred for prosecution show more blatant disregard for environmental regulations.

Budinger says this hurts the image of the entire industry and agencies need to step up and enforce those regulations. He is excited that Governor Walker's budget includes two new Department of Natural Resources (DNR) employees that will monitor air quality: "They definitely need increased personnel right now, as we stand - not only to handle permits, but also to go out and enforce existing regulations."

Both Budinger and the DNR expect the number of violations at frac sand mining operations to decline as the current construction frenzy slows.