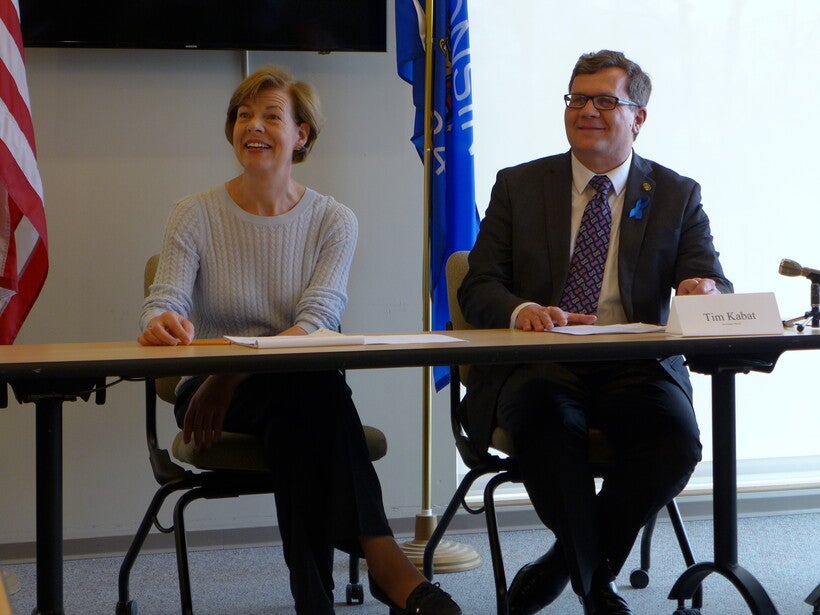 During a visit to La Crosse on Friday, Baldwin met with regional mayors, emergency responders and weather researchers to talk about repeated flooding in western Wisconsin.

Baldwin said federal recovery programs have to stop limiting people to rebuilding the same buildings or infrastructure that was lost.

"We’re not building in resiliency and it means we’re likely to see the same damage occur over and over again. And that has got to change, that is such a short-sighted use of public funds," Baldwin said.

Dan Baumgardt, science and operations officer at the National Weather Service in La Crosse, said there’s no doubt that the upper Midwest is seeing more precipitation.

"We’re averaging about five inches more per year of rainfall," Baumgardt said. "The disturbing thing is since about 2015, we’re on even a higher trend of extreme events. ‘15, ‘16, ‘17 and ‘18 are some of the wettest years on record."

Baumgardt said it’s difficult to say how long the trend will continue, but building infrastructure with more severe rain events in mind is the "prudent thing to do."

Harry Heisz is village president of Gays Mills, a community in Crawford county that received a FEMA mitigation grant after flooding in 2007 and 2008.

"I don't think they’re going to stop. It's going to get worse and worse and worse," Heisz said. "We used to have a 100-year flood every 30 years. Now we’re having it every three years. That’s a big difference."

As climate change continues to affect the region, Heisz said communities need to plan for the future. But he said Gays Mills can't afford mitigation projects even if they had federal or state assistance.

"A lot of the big projects we can’t do what we need to do because the cost sharing on it is more than what our budget runs for the year," Heisz said.

Without flood mitigation, Heisz said his village will continue to lose residents and the tax base that supports their village budget.

La Crosse Mayor Tim Kabat said he'd like to see communities have more say about how money is spent. He said many residents in La Crosse are required to pay into the national flood insurance program.

"About $1 million every year in (flood insurance) premiums leaves La Crosse. We know we’ll never see a penny of that money ever come back," Kabat said. "Could we keep a portion of those funds local and then develop solutions, especially some of these green infrastructure solutions?"

Baldwin said she's looking into possible changes to the national flood insurance program. And said she recognizes that much of flood response and recovery falls to local communities struggling for resources.

"They’re squeezed already and often don't have the capacity to react to a major event like this," Baldwin said. "I’m here listening because I think we can do better. I think that the partnership between different levels of government in responding to natural disaster-type events needs to be better and I really think that the local voice needs to be heard to a much greater extent."

Baldwin said there needs to be more coordination among the federal agencies offering assistance to people affected by flooding.